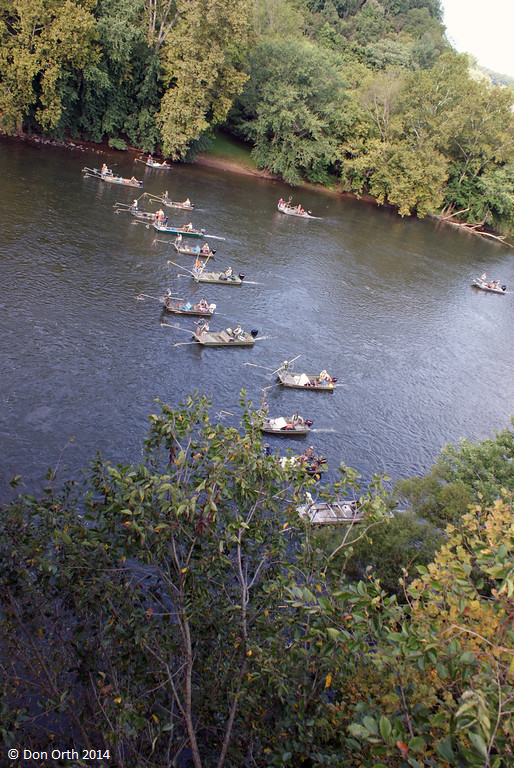 In September 2014, fish biologists from the Virginia Department of Game and Inland Fisheries conducted depletion electrofishing samples at three sites on the New River. Over 30 workers and volunteers showed up to help out. After each electrofishing pass, fishes were held in large tanks until they were released at the end of the day. Biologists worked hard at weighing and measuring game species and select nongame species, identifying stomach contents of predators, and tagging muskellunge (muskie). While fish may be out of water for a minute or so for identification and measuring, they were returned quickly to make full recoveries.

Check out this video we made of the whole process!