Every week in 1st grade, we made the march to the library to check out a book. One week, I harmlessly checked out a book about fish identification. Little did I know that it would be the start of my journey to becoming a fisheries scientist. 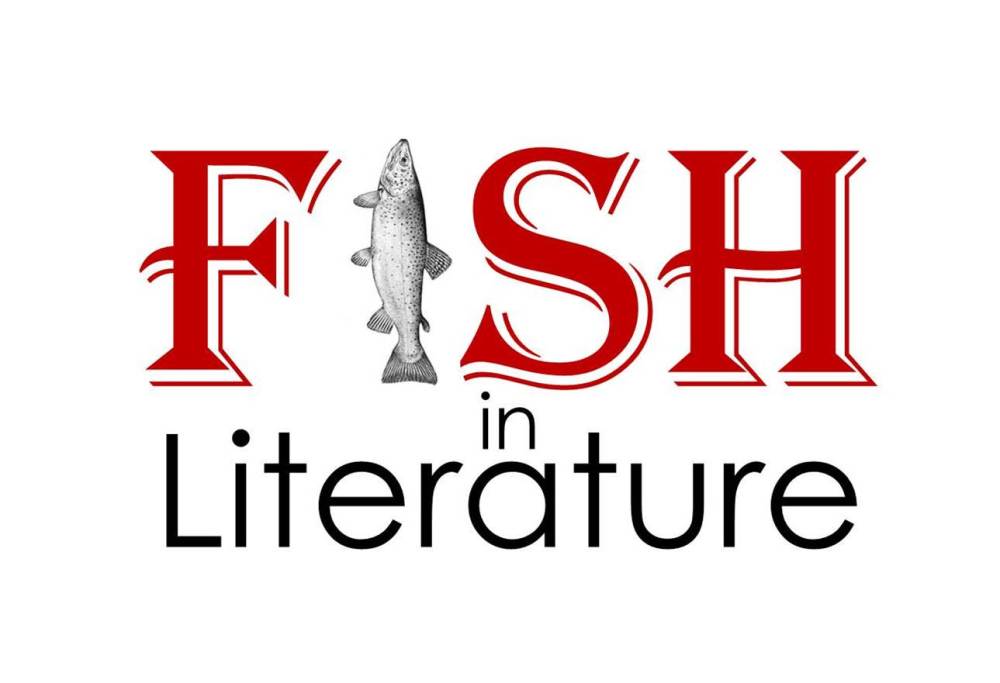 I can still smell the freshly dried glue on the newly applied bindings. The vivid images of Pacific Ocean fish popped from the pages along with their common names, some of which I could read, and their latin names, none of which I could read.  My mother would often find me up late (for a 1st grader) examining the pages one more time under a reading lamp in fear that the librarian would no longer allow me to extend the check out on the book.

As life progressed and I pursued the life of a fisheries scientist, I became increasingly interested in books not only about fish, but ones that also told a good story.

The following books are a collection of fish stories that we at The Fisheries Blog have found inspiring.  The common thread of these books is the ability to create characters out of fish, nature, life, and the human journey.

A River Runs Through It – Norman Maclean

The Big Blackfoot River in Montana plays a beautiful backdrop to the story of Maclean’s life with his father and brother.  Fans of short stories will enjoy how Maclean discusses the spiritual nature of water, rocks, and fly casting.

“Eventually, all things merge into one, and a river runs through it. The river was cut by the world’s great flood and runs over rocks from the basement of time. On some of those rocks are timeless raindrops. Under the rocks are the words, and some of the words are theirs. I am haunted by waters.”

The River Why – David James Duncan

A man casts off the city of Portland, Oregon, and moves to a cabin on the coast to live a life focused on eating, sleeping, and fishing.  That is until he befriends a pet salmon.  The book goes on to explore the impacts of man on the environment and the longing for more in life than simply a destination.

…“that was the thing about nature: make one lousy rule to describe it and it’ll contradict you even if it has to transmogrify and metamorphosize and bust its ass to do it. and so what? if anybody grew wise enough to grasp the real immutable laws of nature, nature’d only rear back and strike ’em dead before they got anybody to understand them.”

The Old Man and the Sea – Ernest Hemingway

Have you ever wondered why you have a desire to catch fish?  The journey and discussion in this book of predator versus prey and captor versus captive are rewarded like no other book in history.  Given modern fishing gear, landing a massive marlin is no easy task.  Using rudimentary equipment used by the main character in the book, one can truly appreciate the battle and struggle not only on the line, but in the minds of subjects.

“You did not kill the fish only to keep alive and to sell for food, he thought. You killed him for pride and because you are a fisherman. You loved him when he was alive and you loved him after. If you love him, it is not a sin to kill him. Or is it more?”

Look, a book, but wait, no Snook?  This book has inspired generations of fisheries scientists and anglers from a young age.  After all, it is quite possibly the simplest book on identifying differences between fish species and counting fish populations.  What more is there to fisheries science?

Vivid descriptions of sea creatures and fish behavior fill this wonderful book for children.  Similar to Dr. Seuss’s book above, the book inspires children to learn more about the sea.

“He saw a medusa made of rainbow jelly… A lobster, who walked about like a water-moving machine… Strange fish, pulled by an invisible thread… A forest of seaweeds growing from sugar-candy rocks… An eel whose tail was almost too far away to remember… And sea anemones, who looked like pink palm trees swaying in the wind.”

The role of the American Shad in the early development of the United States is often forgotten.  McPhee excellently chronicles their history and demonstrates the importance of preserving these fish for future generations.

“Everybody else was fishing from dry ground in sneakers, while I was dressed up in neoprene stocking waders, sand guards, L.L.  Bean felt-soled boots and an Orvis vest bearing the orange-and-green emblem of the Delaware River Shad Fisherman’s Association.  I looked like a hapless astronaut, while these scientists stood on the ledge in their bluejeans, catching shad.”

Cod: A Biography of the Fish That Changed the World – Mark Kurlansky

Kurlansky chronicles the Cod: Wars have been fought over it, revolutions have been triggered by it, national diets have been based on it, economies and livelihoods have depended on it. To the millions it has sustained, it has been a treasure more precious that gold.

“If cod and haddock and other species cannot survive because man kills them, something more adaptable will take their place. Nature, the ultimate pragmatist, doggedly searches for something that works. But as the cockroach demonstrates, what works best in nature does not always appeal to us.”

In order to define a true clade that includes all fish, one must include humans.  Shubin explores the evolutionary pathway of fish and demonstrates why Sarcopterygii and all tetrapods (mammals, birds, amphibians, reptiles, etc.) are more closely related to fish than most are willing to accept.

“The basic skeleton of our hands and feet emerged over hundreds of millions of years, first in fish and later in amphibians and reptiles.”

Walton uses the voice of a fisherman (Piscator) to teach a hunter (Venator) and a falconer (Auceps) how to fish.  Complete with poems and recipes, the book offers a unique look into fishing in the 17th century.  Further, it explores life and the joys that nature can bring to someone that exceeds the pursuit of money.

“Oh the brave Fisher’s life, It is the best of any, ‘Tis full of pleasure, void of strife, And ’tis belov’d of many: Other joys Are but toys; Only this Lawful is, For our skill Breeds no ill, But content and pleasure”

Salmon are anadromous, and therefore require access to both fresh and salt water.  Given a reduction in habitat from logging and human development coupled with river fragmentation from dams, salmon have limited access to rivers compared to historical records.  Lichatowich eloquently describes the attempts to restore salmon and presents evidence to how we have failed.

Do you have others?

Don’t miss another weekly article from The Fisheries Blog: Enter your email in the top left corner of this page.