Invasivore: A person who eats invasive species to reduce the ecological impact of invaders.

Humans are to blame for the spread of aquatic invasive species across the globe.  The United States Fish and Wildlife Service (USFWS) says, “Aquatic nuisance species are spread many ways including ships, boats, barges, aquaculture, aquatic recreation (fishing, hunting, boating, diving, etc.), water gardening, seaplanes, connected waterways and many other pathways. Through these and other means, thousands of terrestrial and aquatic invasive species have been introduced into our country, costing us billions annually.”

Humans can play a role in limiting their spread by devouring the invaders that encroach our backyards.  The USFWS says, “A variety of control tools are needed to contain, remove, and assess AIS populations including physical restraints, removal, pesticides, biological controls or reproduction interference.”

Many of the tools used to control Aquatic Invasive Species, including chemical treatments and electric fields, require trained professionals to do the work.  However, the public can easily get involved in legally harvesting invasive species with tried and true hook-and-line fishing or by bowfishing.

Found throughout the Patomac River and Chesapeake Bay tributaries, Snakehead are an invasive species that are consumed heavily by humans in their native range in Southeast Asia.  It is believed that Snakehead fish were introduced into the United States of America by people seeking to grow it for local markets. It’s a fine, firm flesh, with a mild flavor.

Mix together all dry ingredients. Melt butter, run fillets through butter then pat pecan mixture onto fillets. Pan cook on stove top or put in baking dish and cook for 15 minutes at 350.

The story goes that only 6 lionfish were accidentally released into the Atlantic Ocean from an aquarium during hurricane Andrew in 1992.  Genetic research supports this tale, but it is likely that many more have been intentionally released since.  With no natural enemies and an extremely high reproductive rate of 2 million eggs a year from one female, they have taken over rapidly.  Lionfishes have now become established in Bermuda, the Bahamas, Columbia, Cuba, the Dominican Republic, Jamaica, Puerto Rico, Turks and Caicos, and the Cayman Islands.

Asian carp first made their way into the United States in the 1970s, when they were imported to help clean up algae-filled ponds in Southern States. When the ponds flooded, the carp escaped, making their way into the Mississippi River. The invaders population quickly exploded. Asian carp have devastated fishing industries on the Illinois and Mississippi Rivers. Scientists fear that if the species find a way into the Great Lakes, they will consume plankton and starve native species, therefore destroying the ecosystem and economy of the region.  While governments and businesses have created complex plans to control America’s Asian carp population, others are managing the problem by pushing the fish into the food supply.

Create the marinade. In a large plastic bowl combine soy sauce, water, brown sugar, Sriracha sauce, garlic, ginger, and sesame oil. Whisk thoroughly.  Marinate the fish. Add fillets to marinade and refrigerate overnight.  Thread the fillets on water soaked skewers.  Place the kebabs on the barbecue grill, and cook 3 to 4 minutes on each side (or until done). 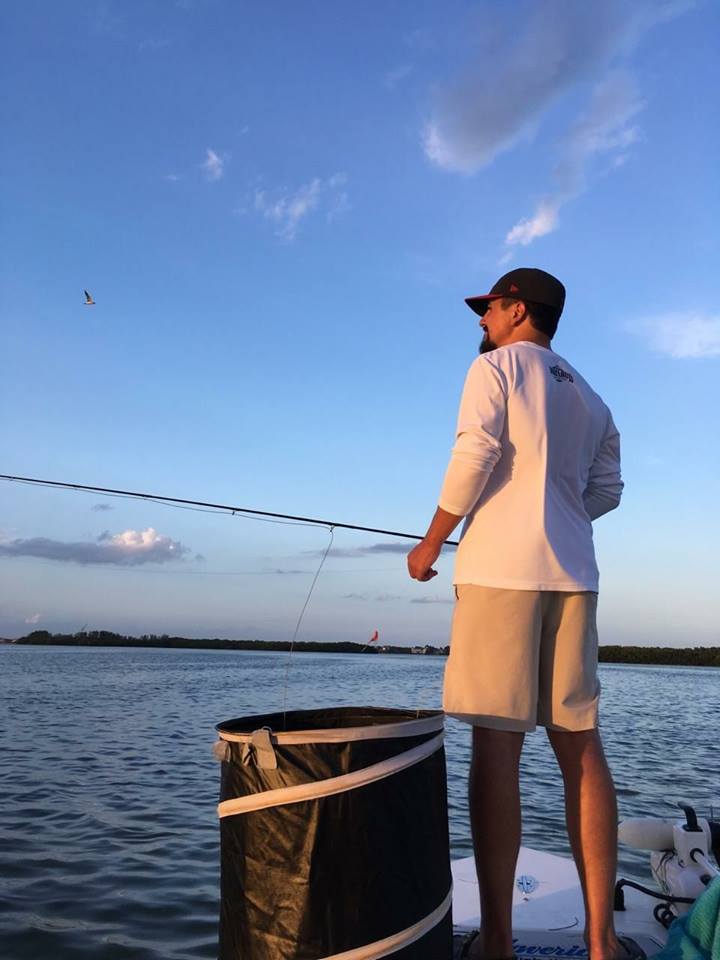 Henry Hershey is a master’s student at Auburn University studying paddlefish movement, physiology, and dam passage. He is also an artist, using various media to illustrate fishes. He specializes in sport fishes, but loves a good challenge. You can see examples of his work on twitter: @spoonbill_hank and on instagram: @hanks_fish_art. Contact him at either of those addresses for fine art commissions, or to illustrate your article.