Black bass are the most popular freshwater sportfish in the USA.  Their popularity as a sportfish has expanded their distribution from North America to around the world through human introductions.  While Largemouth Bass and Smallmouth Bass are arguably the most widely known and dispersed black bass species, there is tremendous diversity within the genus Micropterus, with many species having limited geographic distributions and major conservation concerns.

Scientists are currently on a mission to understand just how many species of Micropterus there truly are in the world.  We have consulted with two leading Black Bass researchers (Dr. Mike Allen, University of Florida; Dr. Shannon Brewer, Oklahoma State University), and amazingly, they both had the same opinion that the scientific community has agreement on 9 Micropterus species.  While these ecologists may agree, perhaps a geneticist may have a differing opinion.

The scientific community is in agreement on the following 9 species of Micropterus:

Florida Largemouth Bass distribution was supposedly restricted to systems south of the Suwannee River in the Florida peninsula, with an intergrade zone existing in North Florida and Georgia.  Due to their trophy value, Florida Bass and their hybrids with Largemouth Bass have been introduced throughout the Southern United States extending through most States from Florida to California.  Also introduced to every continent except Antarctica!  Relatively long lived, ranging from 10-16 years old.  Growth rates do vary with trophic state and habitat (vegetation).  Florida’s state record is 17.25lbs but a 20+lb fish has been documented and a 22.25lb individual was caught in Japan in 2009.

Texas’s claim to fame is this special black bass.  The Guadalupe Bass is only found in Texas, originating on the Edward’s Plateau, including the Brazos, Colorado, Guadalupe and San Antonio rivers.  An introduced population now resides in the Nueces River.  Unfortunately, introgression with the Smallmouth bass has resulted in extirpation from historical ranges of pure Guadalupe Bass from the Blanco River and the South Concho River.  A relatively small black bass species, a fish greater than 12 inches is considered a trophy fish and the world record was a 17.38 inch, 3.70lb individual taken from the Colorado River in 2014.

The most widely distributed black bass, with a native range on the Atlantic Coast from the Suwannee River in North Florida up to the James River in Virginia and into Ontario, but doesn’t include the East Coast north of Virginia nor the New England states.  They are long lived ranging from 8-14 years, but a 23-year-old fish (584 mm TL) was obtained in New York.  The world record was caught in 1932 in Montgomery Lake, Georgia, an oxbow lake of the Ocmulgee River.  The fish weighed 22.25lbs and is believed to be an intergrade between a Largemouth Bass and a Florida Largemouth Bass.  Genetic research is currently being conducted by Georgia Department of Natural Resources to look into the presence of genetic material from each species of Micropterus in the Ocmulgee River drainage.

Originally, restricted to Alabama, Georgia, South Carolina, North Carolina and Tennessee.  The range occupied mostly of upland streams and rivers of the Savannah and Altamaha River basins of the Atlantic slope and the Chattahoochee, Tallapoosa, Coosa, Cahaba, and Black Warrior River basins of the Gulf slope.  Redeye’s are found in several states to the north and west (Kentucky, West Virginia, Arkansas), and also California and Puerto Rico. Redeye’s can reach 10 years but growth is much slower than other black basses.  Growth is faster in reservoirs with the world record a little over 5lbs from Lake Jocassee, South Carolina.

Shoal bass are native to the Apalachicola drainage, which includes the Chattahoochee, and Flint River in Alabama and Georgia and the Apalachicola and Chipola River in Florida.  A non-native population resides in the Ocmulgee River and has expanded down into the Altamaha River.  Growth does appear to be similar between genders, but females live longer than males.  Longevity is similar to other black basses with a maximum age of 11.  Although habitat degradation is a threat and populations are declining within their native range (Alabama), the introgression with Spotted Bass and the hybridization and outbreeding issues is of larger concern!

“Bronzebacks” are native to Ohio, Tennessee, upper Mississippi, and Saint Lawrence-Great Lakes Systems of Central and Eastern North America but are widely introduced (due to their recreational fisheries value) in atleast 20 countries and are now found throughout North America.  They are considered a cold-water species and future climate change may facilitate northward expansions and southern range population declines.  They are a fairly long lived (from age 6-15) species.  Median length at age can vary with demographic region but ranges from 3.5 to 18 inches for estimated ages from (1 to 15).  Arguably, the best fighting black bass for anglers.

The spotted bass (a.k.a. Kentucky bass), was originally distributed in the Mississippi River basin from Ohio and West Virginia to Kansas and south to the Gulf of Mexico and Gulf river drainages from Choctawhatchee River, Alabama and Florida, west to the Guadalupe River, Texas.  Non-native introductions have occurred and this species has been observed to hybridize with other Micropterus spp.  Spotted bass growth at age 1 is around 4 inches, but rarely exceed 16.5 inches and age 6.  One disturbing conservation issue facing managers today is rapid loss of Smallmouth bass when Spotted bass are introduced into existing reservoir fisheries.

This Florida/Georgia line bass has the smallest range and geographic distribution of the black basses, found in the Ichetucknee, Sante Fe, St. Marks, Suwannee, Wacissa and Wakulla rivers of Florida, and the Alapaha, Ochlockonee and Withlacoochee rivers of Florida and Georgia.  They are strictly a riverine fish and their diet consists primarily of crayfish.  Suwannee’s exhibit sex-specific growth rates, with females growing more rapidly and attaining larger sizes.  Males can surpass 13 inches but females exceed 16.5 inches.  Females have been aged to 12 years, but males only to 9 years.  The world record was 3.89lb from the Suwannee River, Florida in 1985.

Because of the diversity within Micropterus, and the lack of understanding of how many additional species there are within this genus, advocating for more responsible black bass management and conservation should be of utmost priority for fisheries managers.  Recently, managers did just that by publishing the proceedings of the American Fisheries Society Southern Division Symposium 82 that was held in Nashville, Tennessee on February 8-10, 2013.  The proceedings were entitled “Black Bass Diversity: Multidisciplinary Science for Conservation”.  Several known black bass species were discussed, and additional species and forms were proposed.  Some additional species of Micropterus beyond the 9 listed above are now described based on sound scientific research, including: 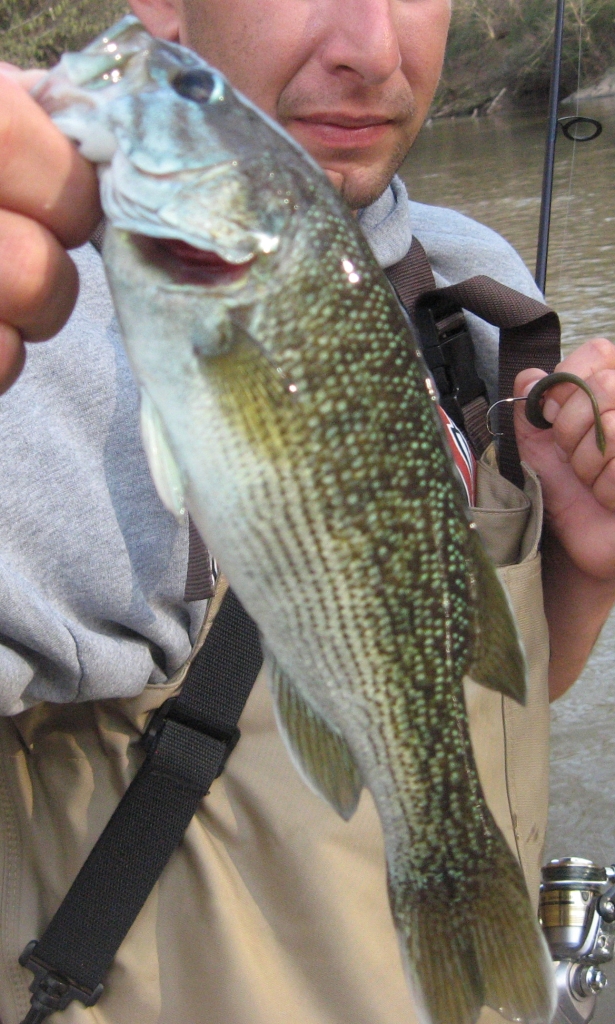 Additional subspecies and forms to consider: 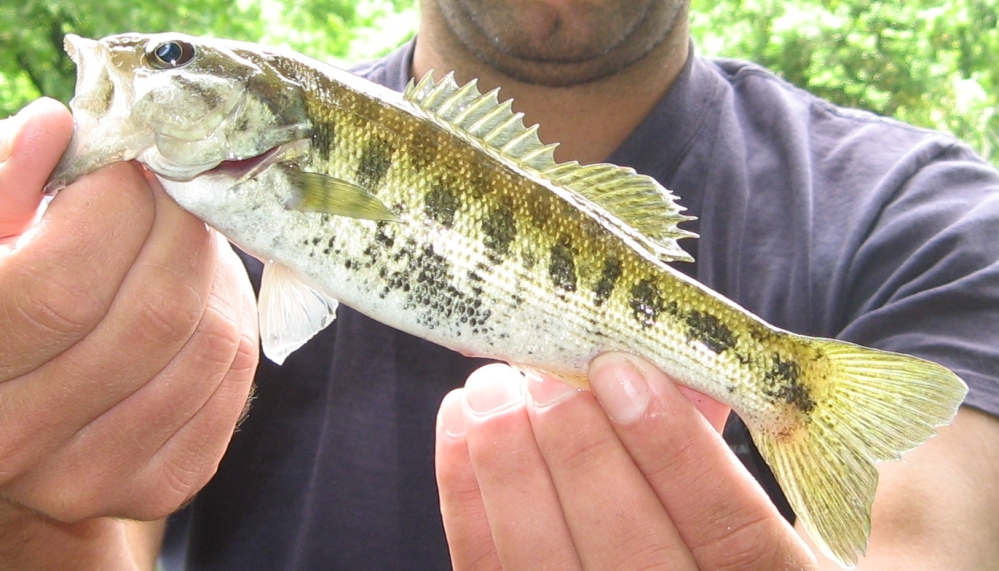 What are your feelings and sentiments of Micropterus beyond the list of 9 “scientifically agreed to species” listed above?  Leave a comment below on the additional species and variants that you think should be included in the 9 “agreed to” species.  Given enough interest, we will follow up with another expert to discuss the merits of adding more than 9.

As a passionate enthusiast of the “black basses”, Bonvechio is a strong advocate for black bass management, diversity, and conversation.  He received both of his degrees from the University of Florida, a B.S. in Natural Resource Conservation and a M.S. in Fisheries Management.  Under the direction of Dr. Micheal Allen, Tim’s graduate research focused on relating drastic water level changes and its effect on year-class strength of 6 different sportfish species in eight Florida waterbodies.  During this research, Tim was also fortunate to work with several of the black bass species and developed a strong understanding for population dynamics and the methods surrounding age and growth of several centrarchid species, including the Suwannee Bass, Micropterus notius.  Fortunately, Tim makes his home in southern Georgia and keeps a watchful eye on some of the Suwannee Bass populations that Georgia has (Alapaha, Ochlockonee, & Withlacoochee Rivers).  Bonvechio, with co-authors, has quantified the age, growth, and mortality, as well as developed a relative weight equation and standard length categories for this special black bass species.

Be sure to also check out our article on the 7 species of gar.